INTERNATIONAL :
OUR ACTIONS IN EGYPT

Context and challenges of the project

Supported by the Member of Parliament for Calvados, Ms. Nicole Ameline, President of the Cedaw Committee from 2013 to 2015, several times ministers of equality and professional parity, this project was born out of her desire to continue Sister Emmanuelle's commitment to Chiffonniers du Caire, considered as a model of good development practices, which goes beyond the Egyptian context and which gives Sister Emmanuelle an emblematic image of the fight against poverty and the empowerment of women.

With more than 10 years of political support of the Equality Label of which Arborus has been a partner from the start, Ms. Nicole Ameline wished, through this initiative, to transpose the French example in terms of professional equality, to the countries of the southern Mediterranean, which in the aftermath of the Arab Spring experienced a phase of democratic, economic and social transition.
Egypt was targeted as the pilot country for this initiative, which in view of the conditions for its implementation is expected to be extended to other countries in the region, in particular Morocco, Palestine and Tunisia.

Conditions and status of women in Egypt

In this context of political transition, Egyptian women have much to hope for in terms of social progress, despite the challenges associated with their status.
Access to education, a lever for human and social development, is however still a major obstacle for young women: the literacy rate for women is 66% in Egypt, 16% less than for men. The differences in terms of school attendance translate into more difficult integration of women into economic life: Egypt was ranked 131st out of 142 countries according to the criterion of women's economic participation in the 2014 report on gender inequalities in the World Economic Forum. This same ranking places Egypt 134th out of 142 for women's political participation, and 109th for access to education.

State of play of vocational training and employment:

In view of the low activity rate of women, improving the supply in the field of education and vocational training appears to be an essential lever for strengthening the power of women and their economic empowerment in Egypt.

The main objective of the project is to allow a better integration of women in the economic fabric in the private sector, by providing them with professional training adapted to the needs of the market through the network of French and Egyptian partner companies, in a logic public-private partnership.

Strengthen the employability of young girls from disadvantaged backgrounds and allow them to do an internship that will lead to a job in
the key.

If the first stage in Cairo constitutes a project in itself, this model of public-private partnership for vocational training and education is intended to be renewed for new establishments and makes this first stage a real pilot project for act as a model.

The Ministry of Vocational Training (now attached to the Ministry of Education) reiterated the wish for his country to be a pilot of this partnership approach and seeking to favor the most remote regions of Egypt, particularly in Upper Egypt.
We can thus imagine the commitment of French companies established in different regions of the country, but also the involvement of local companies, which could ultimately also commit to women's rights, parity and professional equality.

This project is of multiple interest:

Advances in the field of women's rights and their empowerment

Empowerment of women through their integration into working life

Role of peace, stability and security in a region plagued by political, economic and migratory tensions

It is therefore essential to underline that this pilot project is intended to be extended and to constitute a model: its success is decisive in ensuring the maintenance of the partnership with businesses and their interest in committing to the education of young girls and, more broadly, for professional equality in Egypt and the Mediterranean.

At the heart of the project is the partnership with the private sector to ensure young girls' access to the world of work. Six large French CAC 40 companies, part of the Arborus endowment fund and the Professional Equality Club, are already involved in the project: Crédit Agricole, Orange (present in Egypt with the Mobinil group), L'Oréal, General Electrics Energy, the Accor group, Lafarge etc… Other companies, in particular among the partners of the Arborus association.

The role of Club Arborus Egypt:

1- Partner companies, through their human resources departments, define their needs in terms of skills and labor, and their recruitment capacity in the fields concerned. This contribution enables the development of a vocational training curriculum and the selection of partner establishments.

2- Throughout the course, companies support the students. Companies will be asked to participate in the program through trainers recommended by them or even from their own employees, particularly in technical fields. Companies can also provide the students with a tutor / point of contact in the company, who could present the partner companies, intervene in front of the students for workshops, or carry out visits to the facilities during the training. Finally, it is up to companies to offer internship offers to young girls and to support them during this phase.

3- Finally, partner companies are called upon more broadly to develop a gender and employment policy at the national level. This platform, in addition to bringing together and coordinating the actors of professional equality, could also act as a job exchange for students in order to best ensure their professional integration.
The objective is to anchor a culture of gender equality among partner companies in order to strengthen the power of women and their leadership through access to decision-making positions. The Arborus Foundation and UN Women will support companies in this process of progress.

Lessons learned and preparation for phase 2

There are many lessons. They relate to:

- The pre-selection of young women whose first criterion must be motivation
- The contents of the training courses which are redesigned to be even more operational.
- The recruitment process which must be left to the competence of companies
- The development of the Arborus BOOST HER process
- The distribution of the GEEIS label.
- The establishment of a new partnership with PLAN International and its Egyptian office.

Launch of phase 2 at the French Embassy in Cairo with the companies of Club Arborus Egypt.

I would first of all like to thank France, my country for granting me the honor of renewing my commitment to equality between women and men in the world of work, here in Egypt, with the project "Pioneer for the future. "

I would also like to thank the CNF and the SAWIRIS foundation for their trust, which allow us to continue the unique experiment that we have been carrying out since 2015 with French companies, in particular within the framework of the CLUB ARBORUS EGYPT. Reinforced link thanks to Hassan Behnam DG of CCI France Egypt.

The project we are leading consists of enabling disadvantaged young women to have access to employment but above all to a corporate culture committed to equality, inclusion and the objectives of SD.

At the end of this adventure, we hope to be able to change mentalities for more equity, to give work its dimension of individual freedom and thus to participate in the collective effort for a better world.

To do this, I make available to PLAN, which is the field operator, my expertise and the methodological tools that I have created. Including in particular the international standard GEEIS, for equality, inclusion and the SDGs. We will try to train with the French leaders, in Egypt, and with the CCI FE; Egyptian companies in this path of innovation and modernity.

Here is in a few words my commitment, to make the values ​​of France shine through this project.

I would like to warmly thank the companies that have trusted me for so many years, always present, always faithful to their commitment, always positive.

We will re-sign a Charter shortly, as in previous years, so that symbolically this commitment is "engraved in stone".

M the ambassador, dear Nicole; Ladies and gentlemen, thank you. " 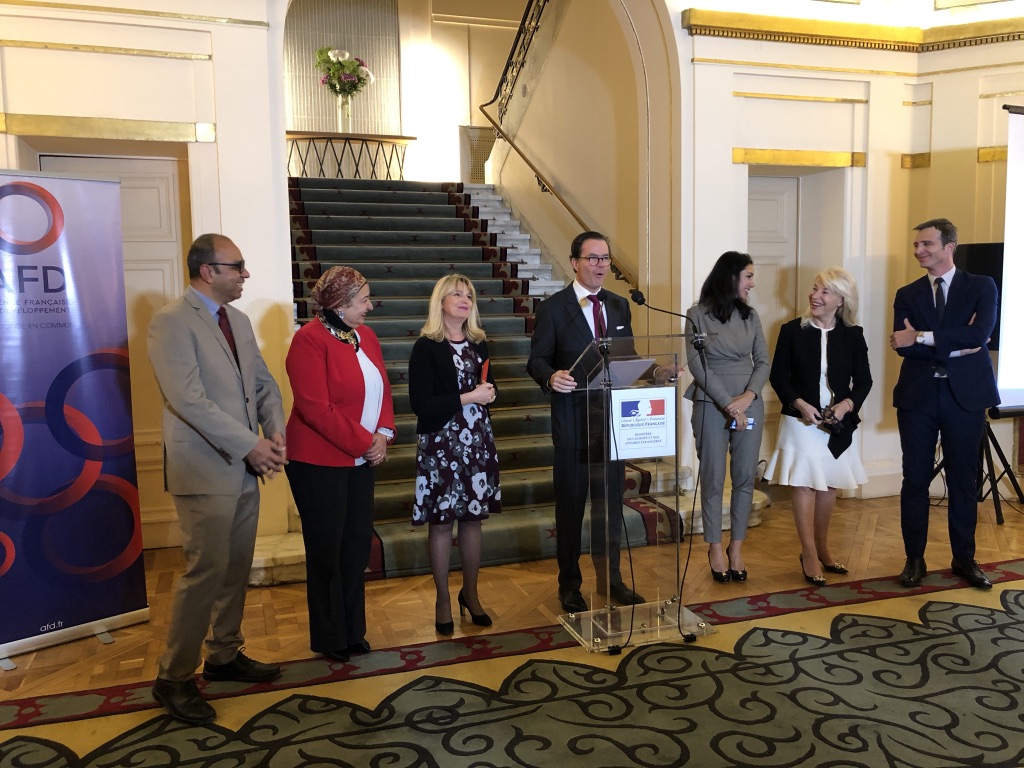 On February 02, 2020, Arborus relaunched the “BOOST HER” HR process as part of the Pioneers project for… 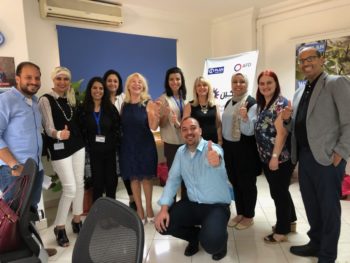 On June 12 and 13, 2019, Arborus participated in the mission to Cairo organized by Nicole Ameline VP of…

Cristina Lunghi brought together the companies of Club Arborus Egypt. The BOOST HER process makes it possible to recruit young girls ... 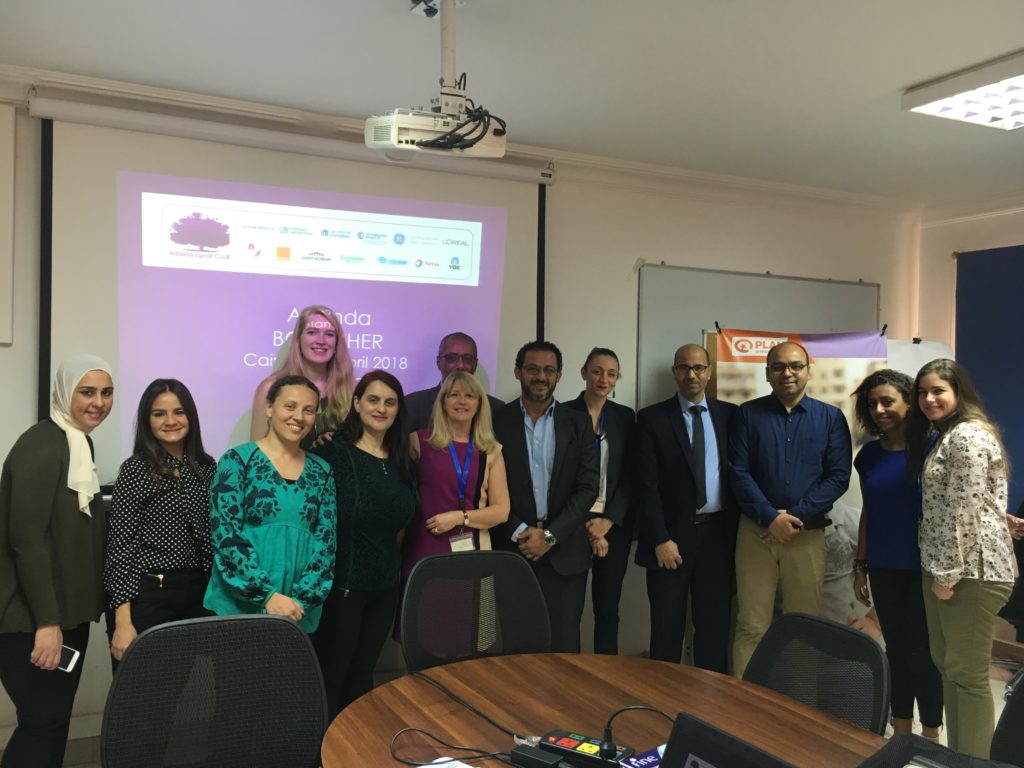 President of the Arborus association, Cristina Lunghi has a doctorate in law. She pleads for making professional equality the pillar of a ... 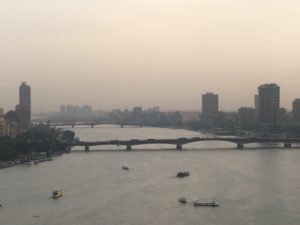 On April 29, 2018, Club Arborus Egypt started preparations for the launch of the national phase of… 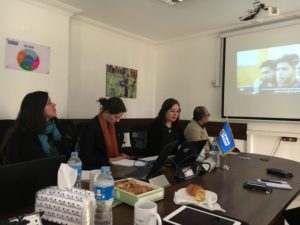 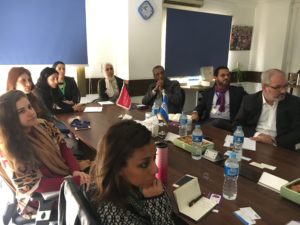 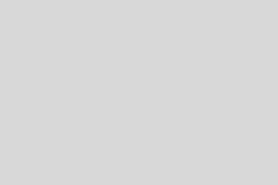 President of the Arborus association, Cristina Lunghi has a doctorate in law. She pleads for making professional equality the pillar of a new world. (…)

On April 29, 2018, Club Arborus Egypt started the preparations for the launch of the national phase of the Professional Equality project in (…)

The Arborus fund is present at the interministerial conference of the Union for the Mediterranean which took place in Cairo. The…

DELIVERY OF THE FIRST GEEIS TUNISIA TO THE UIB

INTESA SANPAOLO, the first bank to be GEEIS certified in Italy

ARBORUS RELAUNCHES THE BOOST HER PROJECT IN EGYPT